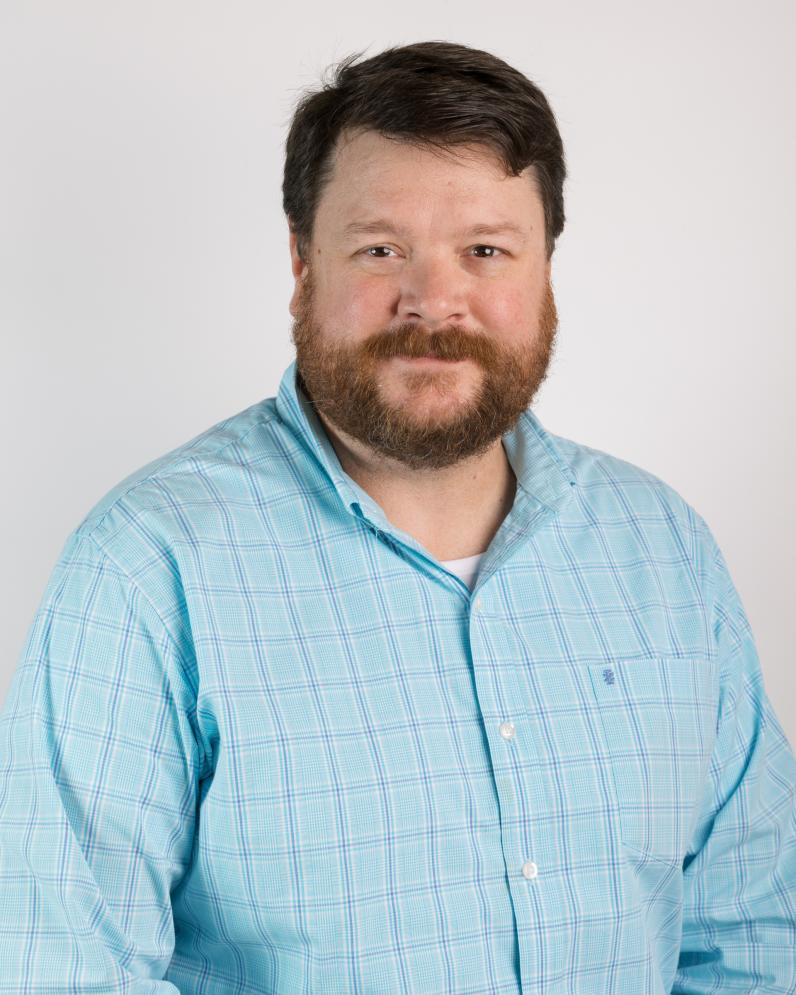 Dr. Zack Ogles is a graduate of Auburn University where he received his M.S. degree in Horticulture and his PhD in Agronomy and Soils. In 2016, Dr. Ogles joined Crop Vitality as an Agronomist where he was responsible for the Southeastern United States. Since that time he has transitioned into the role of Manager of Agronomy with responsibilities throughout North America. Dr. Ogles specializes in the area of soil fertility and crop production.

Throughout his career Dr. Ogles has had the opportunity to work with a diverse array of crops and management systems. He has experience with numerous vegetable crops, row crops, as well as turf grasses. The goal of his research program with Tessenderlo Kerley fertilizers is to provide interested growers with relevant, up-to-date information that will increase productivity and profitability in a sustainable manner.

Over the past five years Dr. Ogles has conducted many trials geared towards optimizing conventional and organic fertigation practices in vegetable production. Specific nutrients included in this work are calcium, sulfur, nitrogen and magnesium. As of late, much of his research has shifted into the area of nitrogen stabilization and use efficiency. He currently has a patent pending for nitrification inhibition, which is of particular interest due to environmental impact of nitrates as well as the economic losses felt by grower. 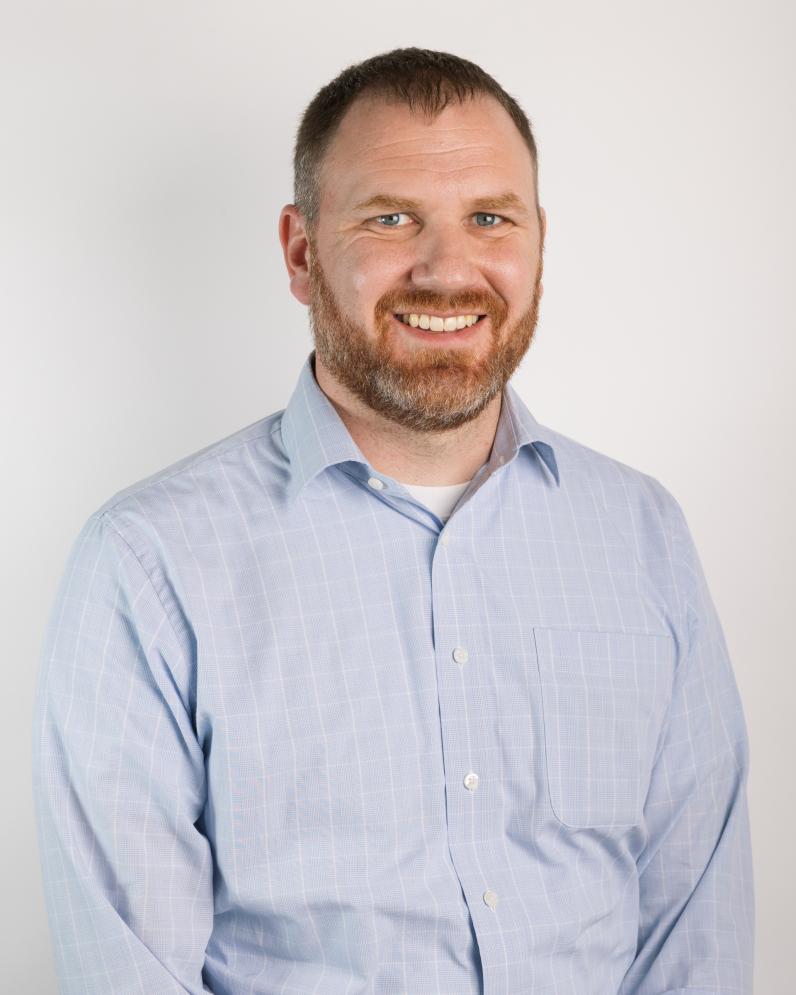 Dan Cook joined Crop Vitality in 2017 as the agronomist responsible for the Southwest region (California, Arizona, and New Mexico).

Before joining Crop Vitality, Dan worked for 8 years in contract research, where he developed and performed research trials for fertilizer, pesticide, and seed companies in both California and the Midwest. During this time he gained a broad experience in agriculture including crop nutrition and crop protection. Dan completed his Master’s degree at the University of California, Riverside in Soil and Water Science. His thesis focused on predicting and mitigating drought and salinity stresses in irrigated agriculture. He also a background in soil and plant analysis, working at a laboratory while attending college.

Dan is most interested in helping California growers improve fertilizer efficiency through improved fertigation practices. He spends his time teaching growers how to maximize their efficient use of Tessenderlo Kerley fertilizers. 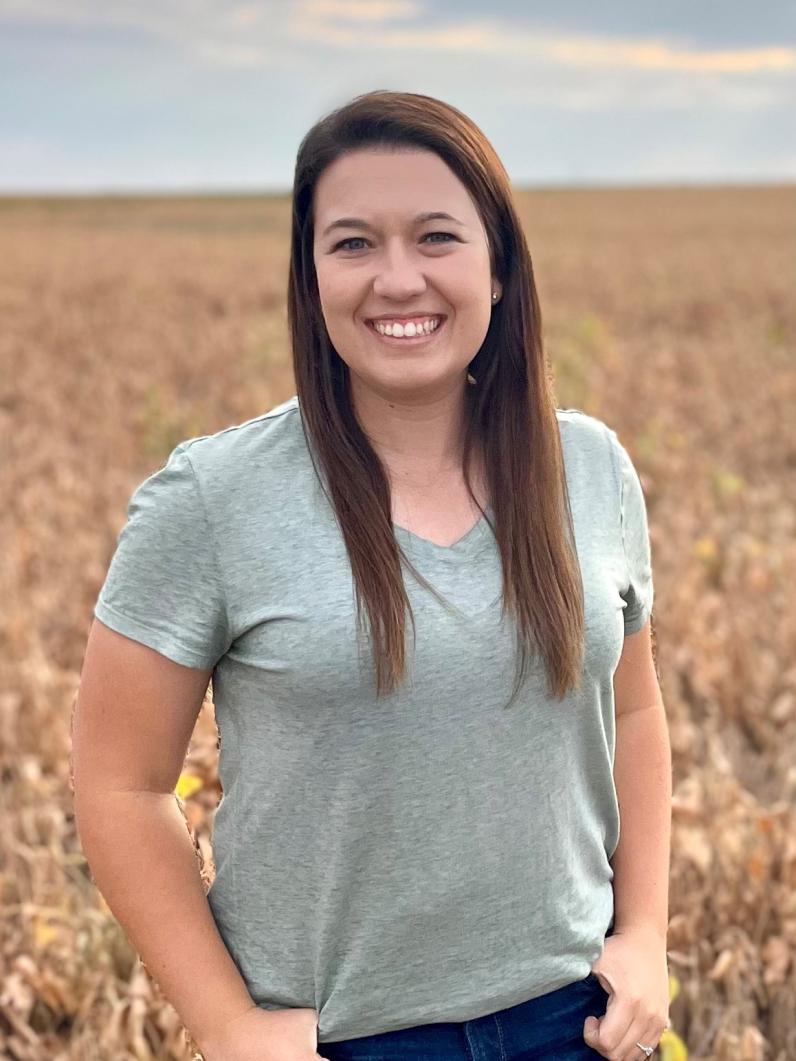 Dr. Elizabeth Eickhoff joined the Crop Vitality team in 2021 and serves as our Midwest Regional Agronomist. Prior to joining the team, Elizabeth graduated from Oklahoma State University where she received her M.S. degree in Plant and Soil Sciences and her Ph.D. in Soil Science. Throughout her graduate studies, she has worked with a variety of crops including wheat, sorghum, corn, and soybeans specializing in nutrient management. She also brings soil and plant analysis experience from her time attending OSU where she managed the graduate research Soil Fertility Lab.

Elizabeth works closely with the Midwest sales team providing product support for Tessenderlo Kerley fertilizers and establishing field trials to provide accurate recommendations on the best use of our products within different cropping systems. She enjoys conducting research to find more efficient management solutions that will benefit our customers and growers. Her research interests include focusing on ways to improve nutrient use efficiencies as well as remote sensing applications in fertility management. 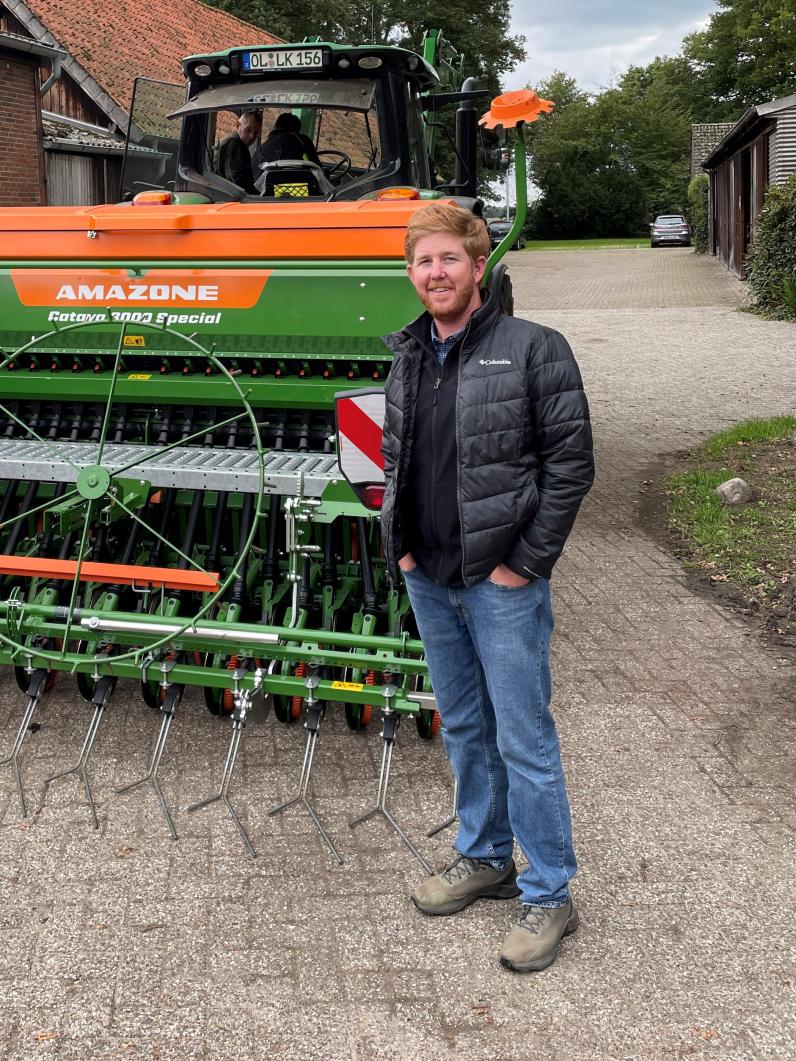 Spencer McCown, CCA has been on farm since a young age. Spencer is a graduate of the University of Arkansas where he received his M.S degree in Crop and Soil Sciences. He has an undergraduate degree in Agricultural Economics and Statistics from Clemson University. Spencer joined Crop Vitality in 2016 as a research agronomist for Tessenderlo Kerley fertilizers. Since that time, he has transitioned into a hybrid role with sales responsibilities in Eastern United States. He is an expert in communicating with public and providing farmers with solutions.

As part of the agronomy team, Spencer enjoys his time spent in the field. Throughout his career Spencer has had the opportunity to work with many crops in a variety of cropping systems. His research has been focused on meeting in-season potassium demand for all crops, but particularly corn, cotton, and blueberries in the Carolinas. Creating useful research that the grower can use has always been his number one goal.

Over the past six years Spencer has conducted many trails evaluating the use of overhead irrigation and/or sub-surface irrigation (fertigation) as an application technique for potassium. He likes the fact that when growers are fertigating, they are following the 4R stewardship program.  Spencer’s efforts continue to be in gaining knowledge to maximize yield while reducing economic losses for the grower. 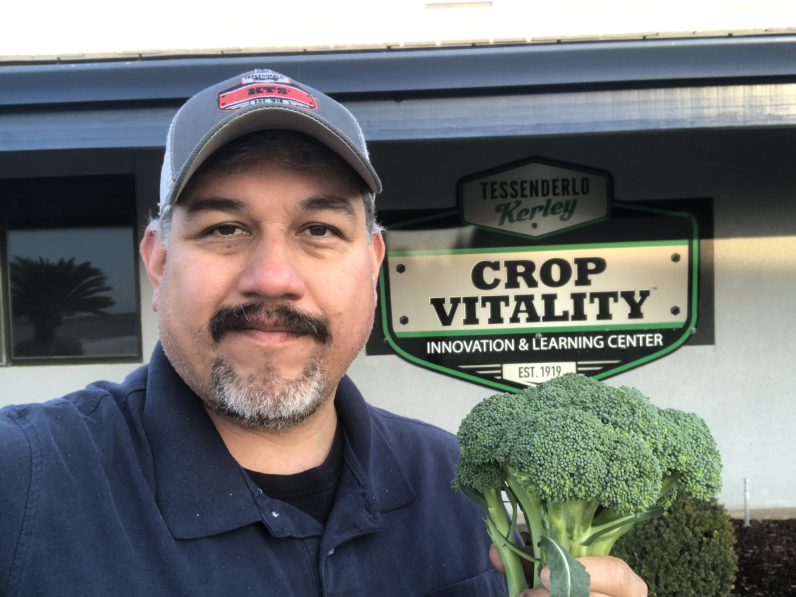 Ray began his career with Crop Vitality in January of 2017 as Research Farm Operations Manager of the Crop Vitality Research Farm in Dinuba, Ca. In this position, Ray is responsible for overseeing the various nutritional studies conducted in the farm’s labs, greenhouses, and fields as well as supervising farm staff. He specializes in the benefits and uses of Tessenderlo Kerley fertilizers.

Prior, Ray was Farm Production Supervisor of the Reedley College Farm Laboratory where he oversaw daily operations of the 320-acre facility and managed Ag and Natural Resources Technicians, Herdsmen, and student workers. Ray also spent several years working in contracted ag research, where he conducted multi-discipline studies for clients seeking efficacy and phytotoxicity data regarding their products. Finally, Ray spent more than 10 years as a Research Technician and Associate Ag Biologist with BASF Corporation at the very facility he now manages.

Ray received his B.S. from California State University, Fresno in Plant Science and a Master of Agriculture degree from Auburn University in Crop, Soil, and Environmental Science. 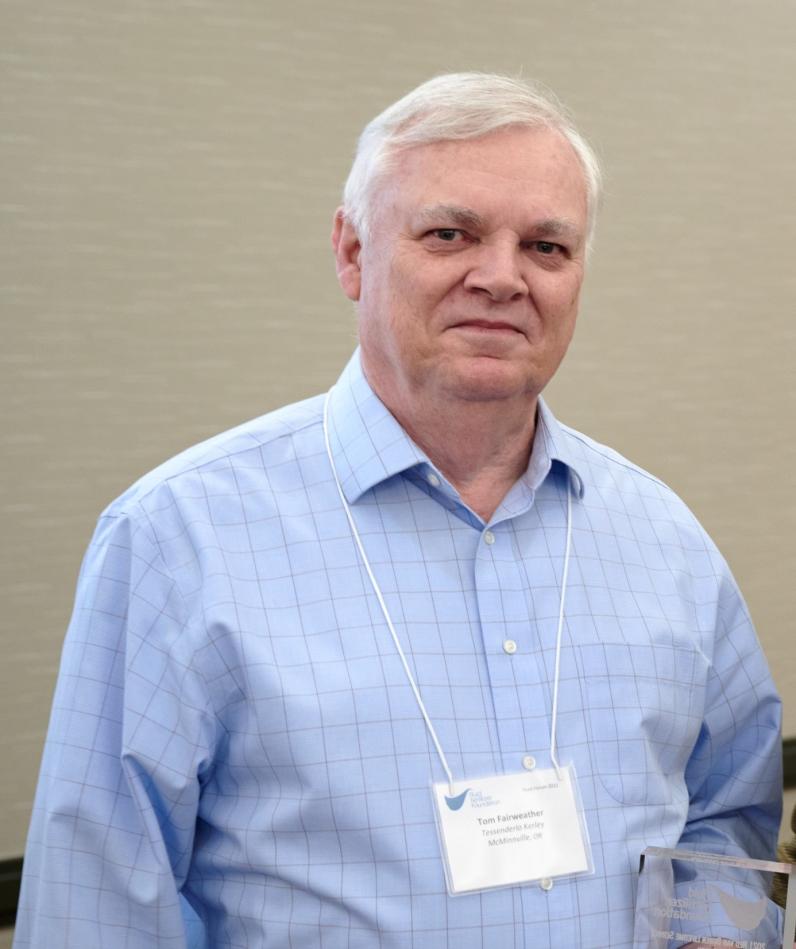 Tom Fairweather grew up on the family farm in central Illinois. He graduated from Southern Illinois University with a degree in Agriculture in 1975 and from Kansas State University with a master’s degree in Agronomy specializing in soil fertility. After graduation, he worked for Oregon State University as a field research supervisor for wheat genetics program. In 1986, Tom moved to California where he worked for an agricultural consulting firm, working with growers around the state on soil fertility issues.

Living in California gave him an opportunity to work with a diversity of crops and cropping systems. Soil fertility and product development has always been one of his main interest. In 1988, he was hired on as an agronomist for Hickson Kerley and began looking into ways of applying potassium to crops using drip irrigation. In 2010, he transitioned into the role as Director of Agronomy for the North American market for the company now called Tessenderlo Kerley. 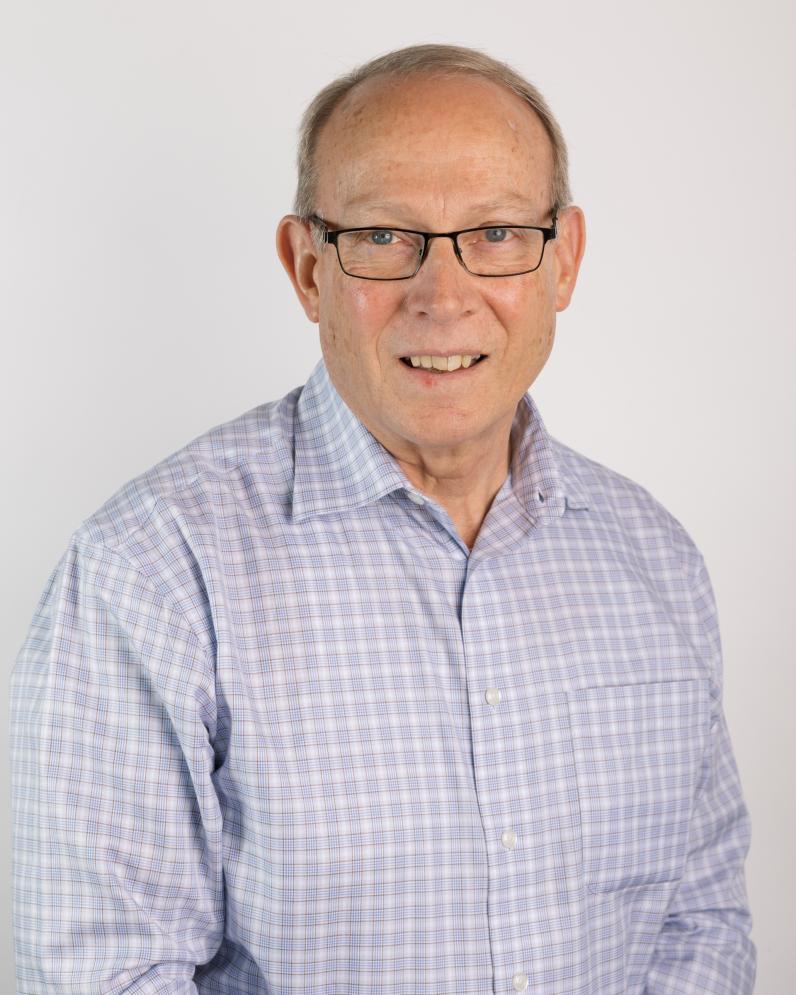 Dr. Bert Bock is a consulting agronomist with forty plus years of professional experience in soil fertility, fertilizer development, and nutrient management.  He provides technical support to the sales staff and is involved in developing new products and new uses of existing Tessenderlo Kerley fertilizers that provide added value to growers.  His projects involve both broad-acre and specialty crops and are scattered across the United States.

Following completion of his Ph.D. at the University of Nebraska, Dr. Bock started his career as Assistant Professor of Soil Fertility at Auburn University.  He finished a 25-year career at the TVA National Fertilizer Development Center (NFDC) as Principal Scientist and has been consulting since retiring from TVA.  While at the NFDC he coordinated cooperative research with Land Grant Universities which provided an opportunity to develop a national perspective on soil fertility and nutrient management issues.

A key focus of Dr. Bock’s career has been on improving nitrogen use efficiency and optimizing fertilizer practices for conservation-tillage systems.  His career-long passion has been seeking advancements to achieve the “holy grail” of improving profit and at the same time improving environmental performance.

Insights from our Agronomists